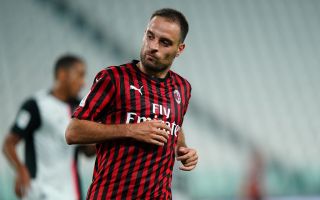 Tuttosport: Milan outcast in talks with Lazio as contract offer is imminent

Giacomo Bonaventura continues to be somewhat of a regular in AC Milan’s starting eleven, but at the end of the season, his departure will take place. The Rossoneri have decided not to renew his contract.

In recent months, several clubs have shown their interest in the experienced midfielder. Lazio is one of them and according to Tuttosport (via Milanlive.it), they are ready to accelerate the negotiations to secure the 30-year-old.

The Biancocelesti are ready to present a contract offer to agent Mino Raiola, who is evaluating the best offers for his client. Yesterday, an informal exchange of words took place between Bonaventura and the Lazio management.

Sporting director Igli Tare has probed the possibility of signing him in September, and although the former Atalanta man seems interested, he wants time to carefully evaluate all the options on the table. The decision will thus take a while, as you would expect.