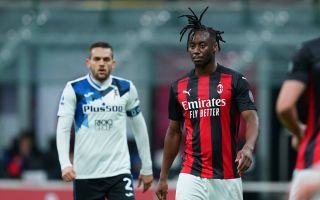 Milan will have to bounce back quickly from last night’s 3-0 loss against Atalanta, seeing as they will take on Inter in the Coppa Italia on Tuesday. In today’s newspapers, the players didn’t exactly get a lot of praise.

Tuttosport, as cited by MilanNews, analysed the players’ performances and gave each a rating out of 10. Gigio Donnarumma was the best with a 6.5, being the ‘usual guarantee’ for the Rossoneri between the sticks.

Simon Kjaer passed the test and was awarded a 6 by the newspaper, while the likes of Mateo Musacchio and Brahim Diaz got 5.5. The two came off the bench and didn’t really make any mistakes, hence the rating.

The worst, though, was Soualiho Meite with 4.5 after starting as the trequartista in the attacking trio. A clear mismatch and Stefano Pioli will have to take responsibility for that decision.