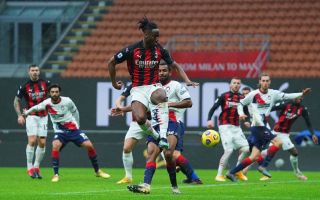 Midfielder Soualiho Meite responded to his critics with a very good performance in Sunday’s 4-0 win over Crotone, as per Tuttosport’s player ratings.

The paper (via PianetaMilan) gave Zlatan Ibrahimović Man of the Match though and a score of 8 out of 10. His offside prevented Calabria from opening the scoring, but then he put things right with his sixth brace of the season.

Ante Rebić was awarded a score of 7.5 as he ‘went wild in the second half with two goals’ and threatens to explode in terms of form as he did a year ago.

Theo Hernández got a 7 as his runs ‘remind us of what he is capable of doing when he doesn’t have to worry too much about the defensive phase’, while Hakan Çalhanoğlu got the same having marked his presence with two quickfire assists.

Rafael Leao got a 7 too as he adapted to the playmaker role well, while Davide Calabria and Fikayo Tomori all got a 6.5. Soualiho Meïte got the same, with the following comment: “Certainly signs of growth, compared to the insufficient performances of the last period. He should try shooting from outside the box.”

Kessie got a 6.5 also, while Gianluigi Donnarumma, Alessio Romagnoli, Alexis Saelemaekers and Samu Castillejo got a 6. 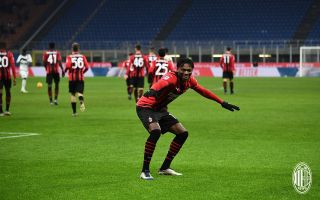