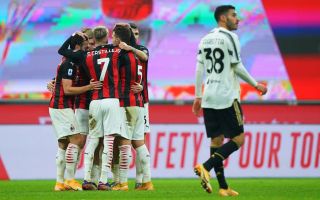 Davide Calabria has drawn praise from Tuttosport in their player ratings for his performance in last night’s 3-1 defeat to Juventus.

According to the ratings of Tuttosport (via MilanNews), Calabria was the best on the field for Milan as he scored a 7 out of 10, with “another excellent performance” and “scored a beautiful and strongly desired goal”.

Donnarumma, Kjaer, Kessié, Calhanoglu and Leao also did well (a rating of 6.5 for them), while Jens Petter Hauge was awarded a 6.

However, things then start to turn sour as Brahim Diaz and Dalot both got a 5.5, with Romagnoli and Castillejo getting a 5 and the lowest score (4) going to Theo Hernandez, who failed to show up in a huge game.