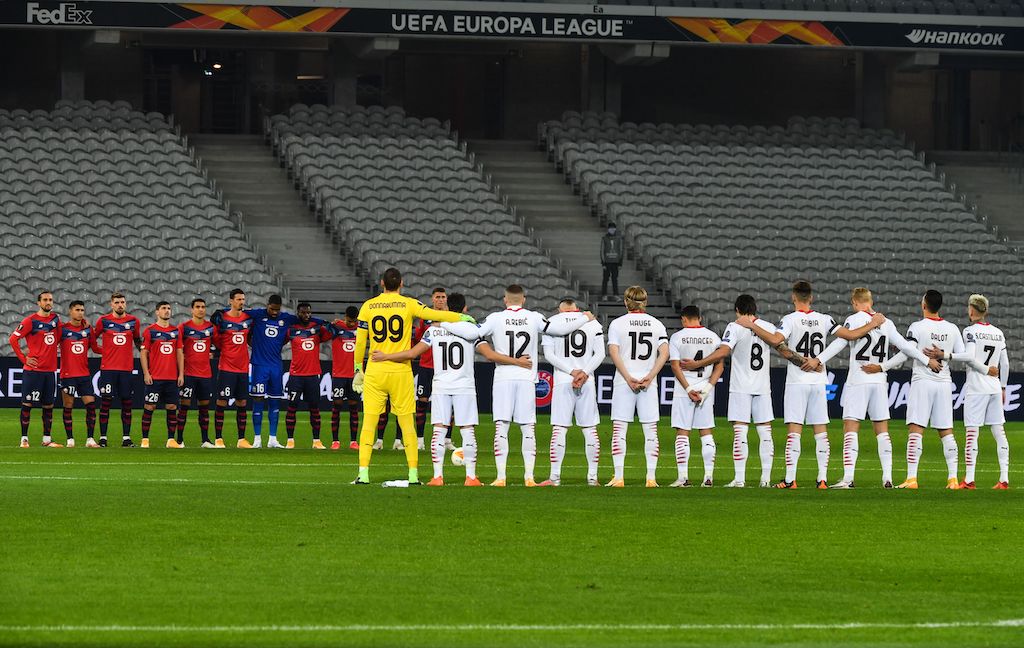 Five AC Milan players came away with favourable scores from the 1-1 draw with Lille on Thursday night in Tuttosport’s player ratings.

Milan could have taken a big step towards qualification for the knockout stages and taken top spot back with a win, but they surrendered a lead to draw 1-1 as Samu Castillejo’s opener was cancelled out by Jonathan Bamba’s equaliser.

Tuttosport (via PianetaMilan) have given their player ratings for the game at the Stade Pierre Mauroy, and there were five players in particular that were praised.

Ismael Bennacer, Gianluigi Donnarumma, Samu Castillejo, Simon Kjaer and Ante Rebic all got scores of 6.5 out of 10. The performances of Diogo Dalot, Theo Hernandez, Sandro Tonali, Brahim Diaz, Lorenzo Colombo and the head coach Daniele Bonera all merited a 6.

However, Matteo Gabbia, Hakan Calhanoglu both got 5.5 out fo 10, and the only 5 in the ratings went to Jens Petter Hauge after the missed chance to get an easy assist in the first half.