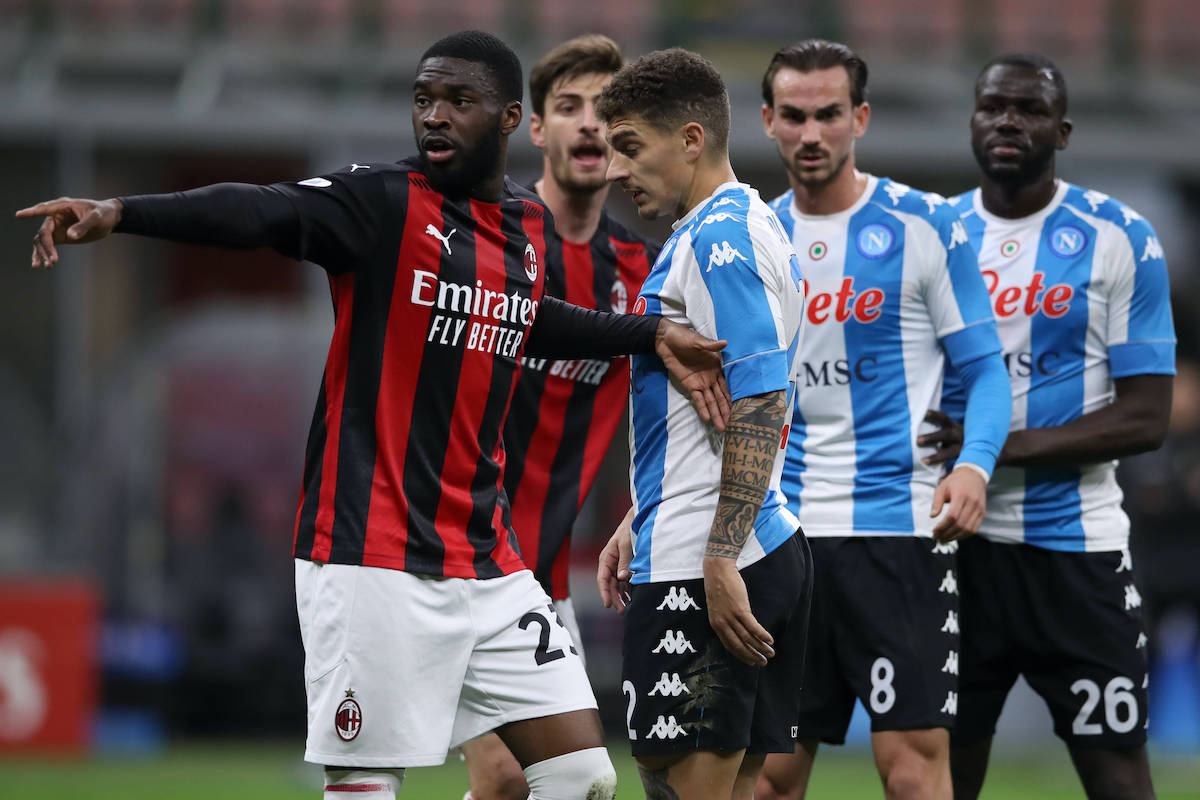 Sandro Tonali is one of the only players who could walk off satisfied after last night’s 1-0 defeat to Napoli, according to Tuttosport.

The paper (via PianetaMilan) gave Tonali a rating of 6.5 out of 10 with the following comment: “Pioli asks him to position himself between the two centre-backs to build a three: the task succeeds, even if it does not bear much fruit. But he is still growing.”

Pioli got a 5.5 out of 10, but the paper acknowledges that without seven starters it was logical that sooner or later a match like this would arrive. Despite this, with the changes he made, the equaliser did not come.

Fikayo Tomori, Matteo Gabbia, Brahim Díaz and Alexis Saelemaekers all got a 6 out of 10, the latter two in particular praised for their impact off the bench and Tomori for adapting to early danger.

Gianluigi Donnarumma got a 5.5 out of 10 as he spent some of the second half arguing with the Napoli bench, while Diogo Dalot got the same after a ‘difficult evening with an inspired Insigne’ as did Soualiho Meïte.

Theo Hernández and Franck Kessié got a 5, and it is mentioned that the Ivorian was allowed a bad evening given that he has carried the team for weeks. Samu Castillejo, Hakan Çalhanoğlu and Rade Krunić got the same, with all three deemed anonymous.

Finally, a score 4.5 for Rafael Leão and a 4 for Ante Rebić who ‘ruined everything’ with his abusive remark to the referee.