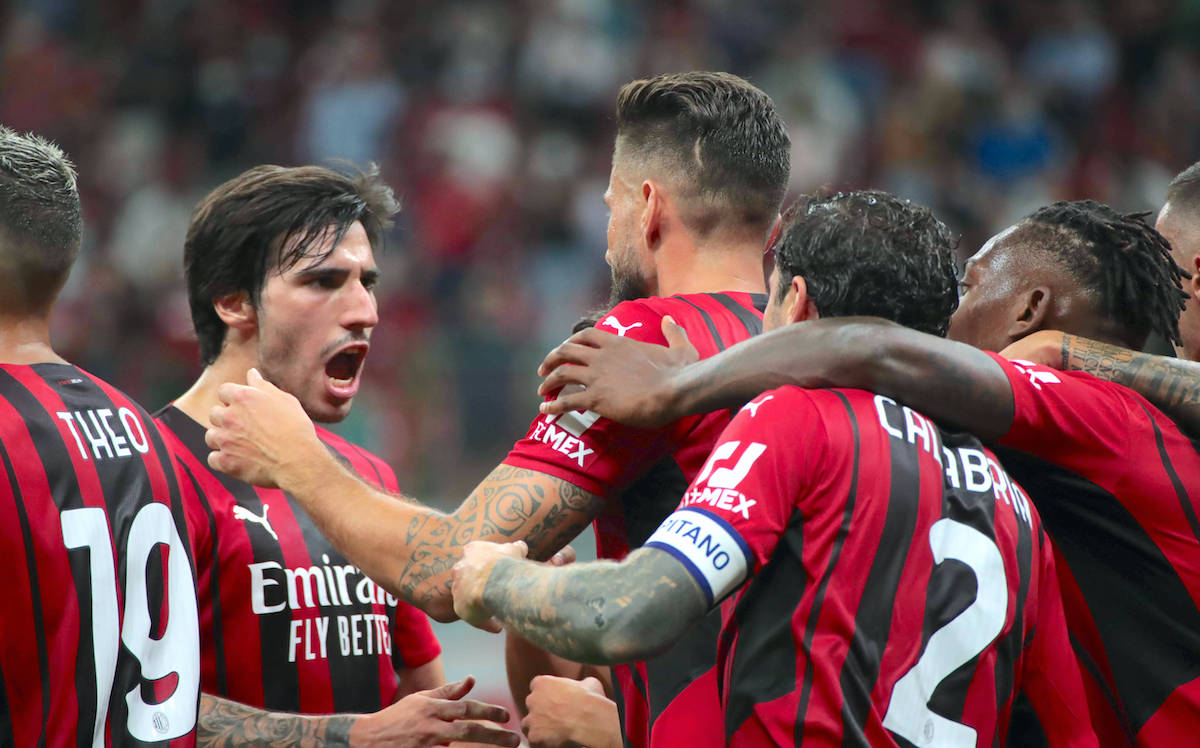 A number of players received strong praise from Tuttosport in their player ratings after last night’s 4-1 win over Cagliari.

The Rossoneri were in a rampant mood in the first half of last night’s game, which was their first match back in front of fans since early last year. Sandro Tonali’s free-kick set the tone, and though the visitors equalised just after, Milan responded through a Rafael Leao strike and a brace from Olivier Giroud to claim all three points.

The newspaper (via MilanNews) has awarded Olivier Giroud an 8 out of 10 in their ratings yesterday’s ‘splendid’ performance against the Sardinian side. A very high scored (7.5) was also given to Sandro Tonali and Brahim Diaz.

After struggling against Sampdoria, Theo Hernandez bounced back with an excellent performance and scored a 7, while Mike Maignan, Davide Calabria, Simon Kjaer, Fikayo Tomori, Alessandro Florenzi, Rade Krunic, Alexis Saelemaekers and Rafael Leao all recevied a 6.5.

READ MORE: Calabria reveals the secret of Milan’s success and his transformation – “I changed my mentality”