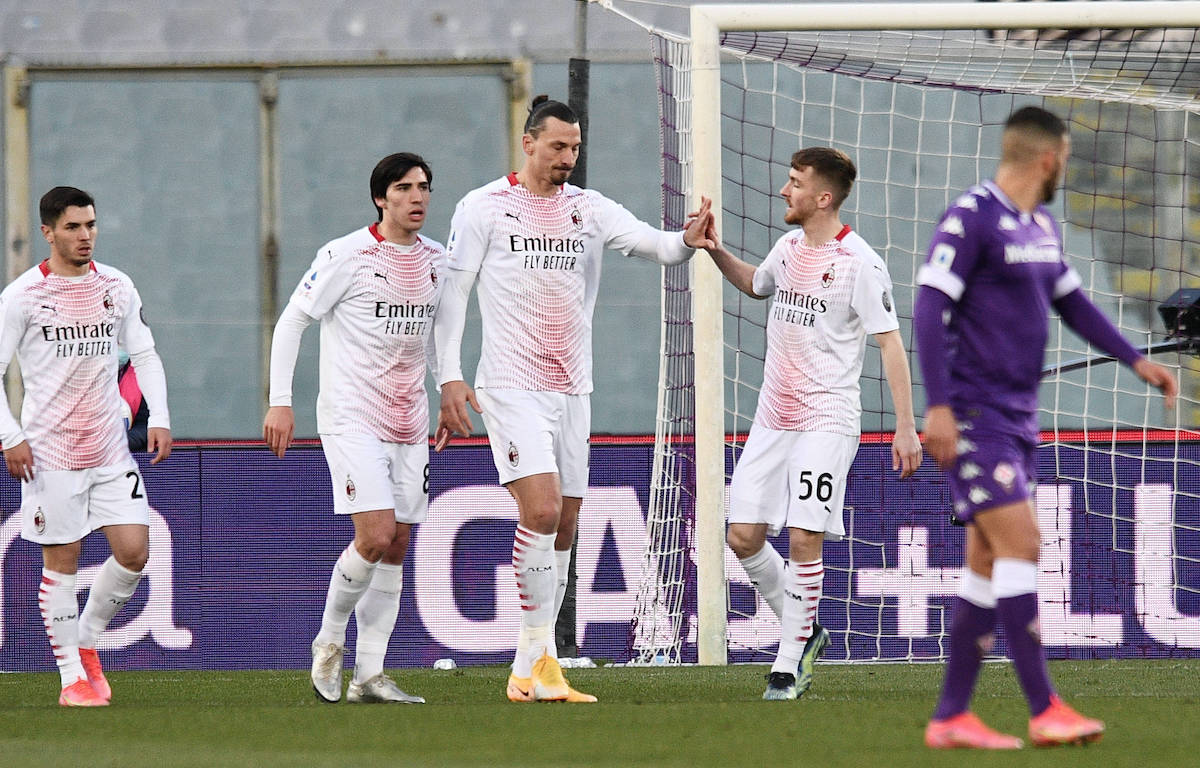 A number of AC Milan players drew praise from Tuttosport in their player ratings for last night’s win against Fiorentina at the Stadio Artemio Franchi.

The paper (via PianetaMilan) gave Hakan Çalhanoğlu a score of 7 out of 10 and the honour of man of the match: “He stays in the shadows for about thirty minutes. Then he lights up delivering a gift that Ibra puts on the crossbar. General practice for the goal, which arrives in the second half, from Kessié’s cue: a billiard shot.”

Head coach Stefano Pioli got a 6.5 as once again he showed an ability to deal with the numerous absences in order to get three big points away from home. The same score went to Simon Kjær for his too assists, and to his centre-back Fikayo Tomori for ‘coming to the rescue on Cáceres’ header at the start’ showing ‘power and speed joined together in a defender who has now become irreplaceable for Pioli’.

Ismaël Bennacer and Franck Kessié also scored a 6.5, as did playmaker Brahim Díaz who beat Eysseric and scored a big goal, playing much better as a central attacking midfielder. Zlatan Ibrahimović received a 6.5 as well, as he racked up a ninth career goal against La Viola.

A 6 went to Theo Hernández, Samu Castillejo and Rade Krunić, while a 5.5 went to Gigio Donnarumma for not saving the free-kick and Alexis Saelemaekers. A mark of 5 was given to two Rossoneri players: Diogo Dalot (For an avoidable foul on Castrovilli before the equaliser) and Sandro Tonali who ‘seemed to have the handbrake on’,