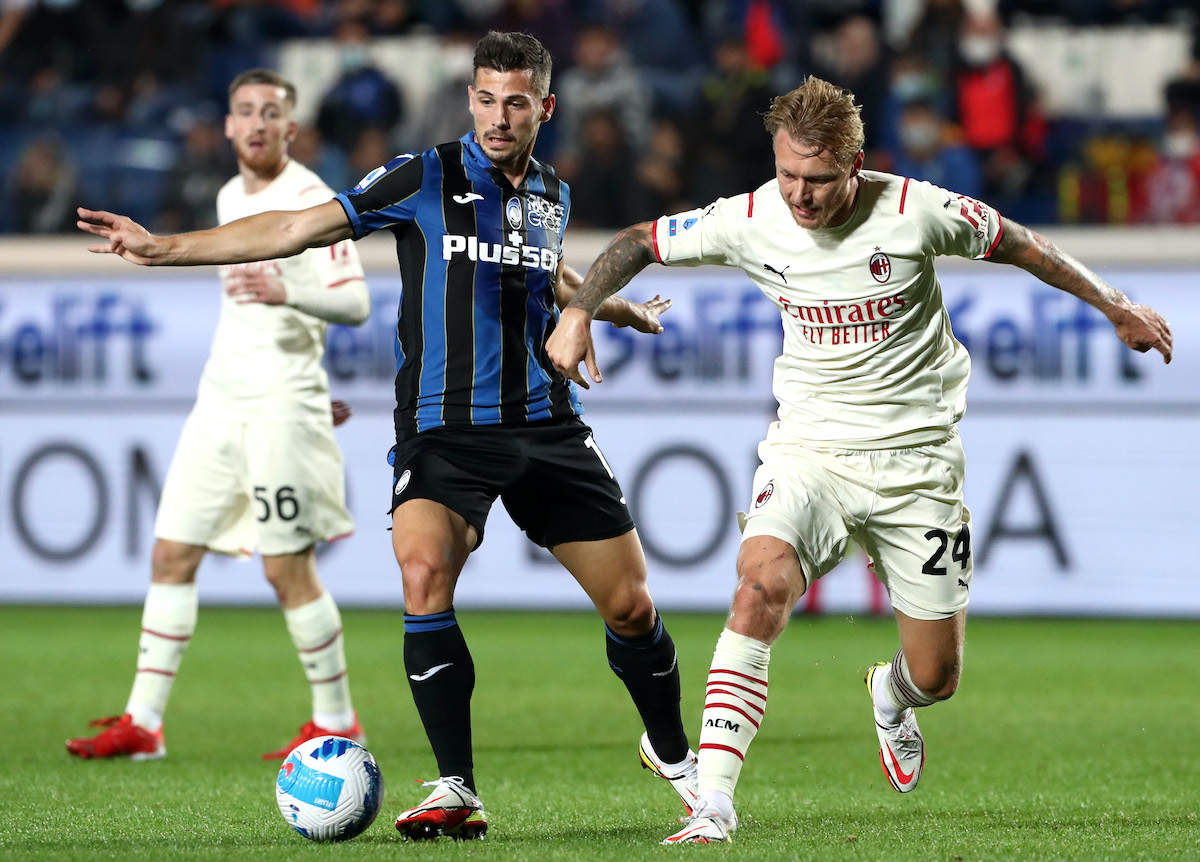 Sandro Tonali was picked out as the stand-out man for AC Milan in their win over Atalanta last night by Tuttosport’s player ratings.

The paper (via PianetaMilan) gave Tonali a 7.5 and describes him as an ‘increasingly decisive player’ who made an amazing block to deny a Malinovskyi shot before pressing Freuler, winning the ball back and scoring.

A 7 was given to head coach Stefano Pioli for putting out a ‘deadly away team’ who managed to get another vital three points. Mike Maignan and Davide Calabria also got the same score.

A 6.5 went to Fikayo Tomori after a particular incident where he slid and took the ball right from Pessina’s feet, from behind, in the area. Theo Hernández got the same score as he had a hand in two goals.

Brahim Díaz and Rafael Leao got a 6.5 as well, with Franck Kessié, Alexis Saelemaekers and Ante Rebic all getting a 6. A 5 was given to Simon Kjaer, judged worst on the field for Milan due to his struggles in dealing with Duvan Zapata.

READ MORE: An unforgettable night for Calabria – captaincy, quick goal and a call-up