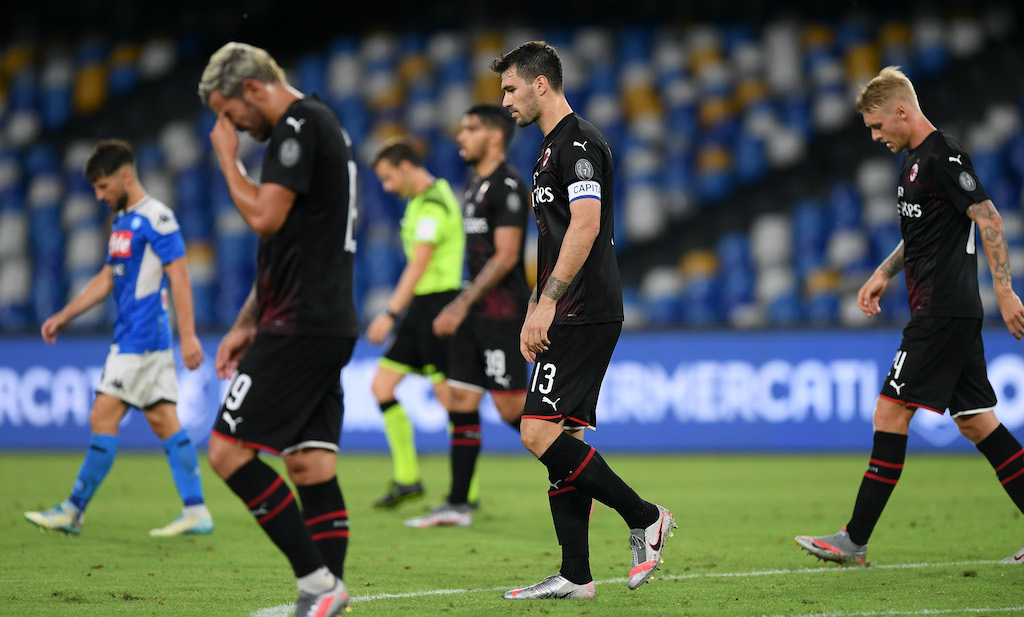 Theo Hernandez was AC Milan’s best player during Sunday’s 2-2 draw with Napoli at the Stadio San Paolo, according to Tuttosport.

Milan picked up a hard-fought point on the road at the Stadio San Paolo on Sunday night, coming from behind to emerge with a 2-2 scoreline thanks to goals from Theo Hernandez and Franck Kessie either side of the break.

The paper (via MilanNews), the French full-back – who netted his sixth league goal of the season – was the Rossoneri’s stand-out performer along with Franck Kessie and Rafael Leao, with all three scoring 6.5 out of 10.

Lucas Paquetà, Hakan Calhanoglu and Zlatan Ibrahimovic were highlighted as three weak links as they were given scored of 5, but the lowest score belongs to Alexis Saelemaekers, who was sent off after receiving two quick yellow cards. He got a 4.5.