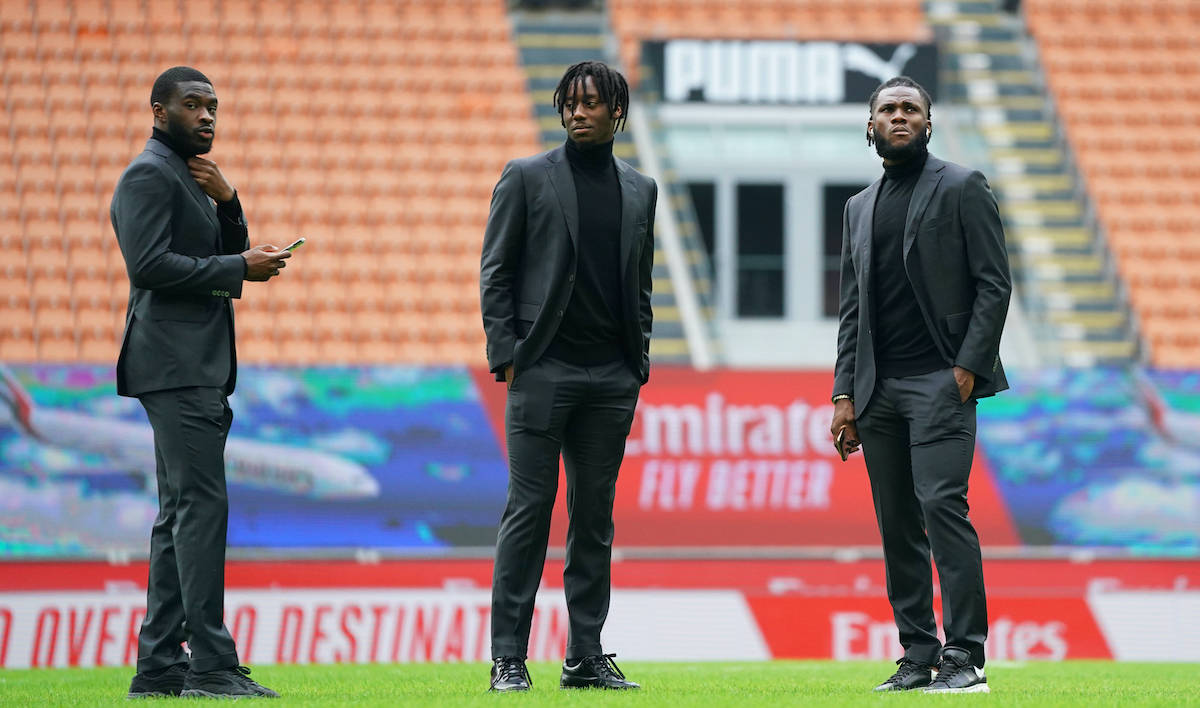 A number of players attracted the praise of Tuttosport following a spirited performance during last night’s draw against Manchester United.

The paper (via PianetaMilan) gave centre-back and the last-minute goal hero Simon Kjaer a rating of 7.5: “Impassable wall for attackers. The goal at the end, the first in the Rossoneri, has a sensational weight for the fate of the qualification.”

Head coach Stefano Pioli was also given a rating of 7.5: “A game of great personality. Milan, despite the many absences, take the stage at ‘Old Trafford’ and the 1-1 final avoids an undeserved defeat.”

Franck Kessié got a mark of 7 as he was ‘dominant’, managing the midfield as a leader. He also scored a great goal, but the VAR cancelled it unfairly. A 6.5 went to Davide Calabria for keeping Dan James quiet, Fikayo Tomori who ‘looks like a Cannavaro clone’ and Soualiho Meïte, as well as Rade Krunić who did ‘well in both phases’.

Diogo Dalot, Alexis Saelemaekers, Brahim Díaz plus the substitutes Pierre Kalulu, Samu Castillejo and Sandro Tonali all got a 6. Finally, the only shortcomings were Gigio Donnarumma  and Rafael Leão who each got 5.5. The latter is described as ‘absent’ in the second half ‘as often happens to him’.