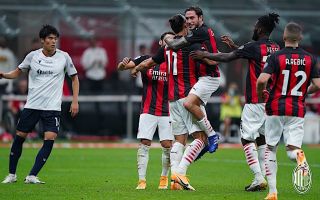 Tuesday’s edition of Tuttosport carries their player ratings from Milan’s win over Bologna, and the have Zlatan Ibrahimovic as the best player on the pitch.

Ultimately, it would be the Ibrahimovic show as the striker scored either side of half-time to take his tally to three goals for the season, netting with a trademark towering header and an even more trademark emphatic penalty.

Tuttosport (via MilanNews) score Ibrahimovic 8 out of 10 following his match-winning brace against the Rossoblu, carrying the team just as he did against Shamrock Rovers.

Davide Calabria and Gianluigi Donnarumma also drew praise from the paper as they scored a 6.5 for keeping the goal safe, with the latter making a couple of fantastic saves.

You can see highlights of Calabria’s performance below…