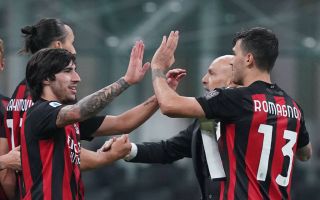 The vast majority of AC Milan’s players had an evening to forget during Thursday night’s 3-0 defeat to Lille, according to Tuttosport.

Tuttosport (via MilanNews) have given their player ratings after the defeat yesterday against Lille, and they gave a passing grade of 6 out of 10 to four players in Theo Hernandez, Franck Kessie, Ismael Bennacer and Ante Rebic.

Half a mark less was given to Simon Kjaer, Brahim Diaz, Hakan Calhanoglu and Zlatan Ibrahimovic. However, things start going downhill from there as Gianluigi Donnarumma, Diogo Dalot, Rafael Leao and Rade Krunic earned a 5.

The worst on the pitch was captain Alessio Romagnoli (5), who is not going through a great patch of form, and Sandro Tonali who delivered another rather disappointing performance and was bossed by Renato Sanches.