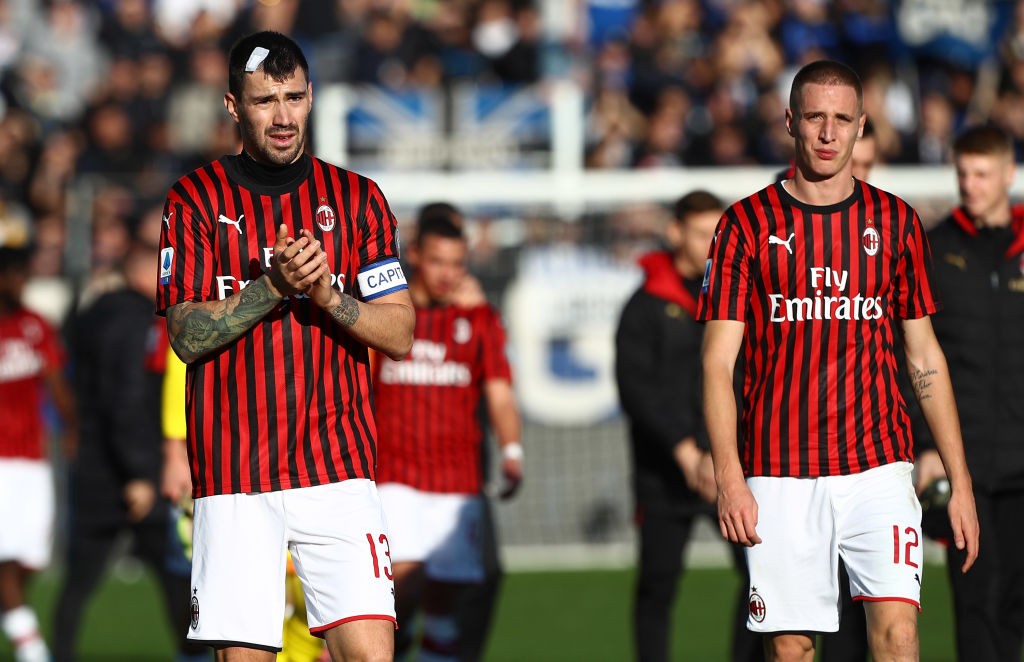 Andrea Conti and Alessio Romagnoli were the weak links for AC Milan in their second half capitulation against Inter on Sunday night, Tuttospot claims.

After 45 minutes it looked as thought the Rossoneri were heading towards a rare and famous ‘away’ Derby della Madonnina win over their city rivals as they led 2-0 thanks to goals from Ante Rebic and Ibrahimovic.

However, what followed was a second half collapse as Marcelo Brozovic, Matias Vecina, Stefan De Vrij and Romelu Lukaku completed the comeback for Inter.

According to Monday’s edition of Tuttosport – as cited by MilanNews.it – Zlatan Ibrahimovic was the best player on the pitch, getting a goal and an assist on his way to a rating of 7.5/10.

However, then there is a gap to Ismael Bennacer, who also played a good game and for this deserved a 6.5. Gianluigi Donnarumma, Simon Kjaer, Theo Hernandez, Samu Castillejo and Ante Rebic all scored half a point less, while both Franck Kessie and Hakan Calhanoglu scored 5.5.

Milan’s captain Alessio Romagnoli, who lost De Vrij on the corner for Inter’s third goal, scored a 5 – but the worst on the field among the Rossoneri was Conti (4.5).