Only a Milan few players can hold their heads up after last night’s game against Spezia, which they lost by two goals to nil. Outplayed for 90 minutes plus stoppages, the defeat was certainly justified.

As mentioned, the Rossoneri can’t be happy with their performance and it’s clear that they will need to improve a lot to beat Inter next weekend. A must-win, now that the Nerazzurri could close in even more tonight.

Tuttosport (see photo below) took stock of the Milan players and their respective performances last night. Gigio Donnarumma was the best one of the best on the pitch with 7/10, keeping the home side from scoring even more.

Fikayo Tomori and Simon Kjaer passed the game and were both given a 6, with the former replacing the latter in the second half. The likes of Alessio Romagnoli, Franck Kessie and Ismael Bennacer got 5.5,

They were followed by Diogo Dalot, Soualiho Meite, Alexis Saelemaekers, Hakan Calhanoglu, Rafael Leao, Mario Mandzukic and Zlatan Ibrahimovic at 5. The worst Milan player was Theo Hernandez with a rating of 4.5, putting in an anonymous performance. 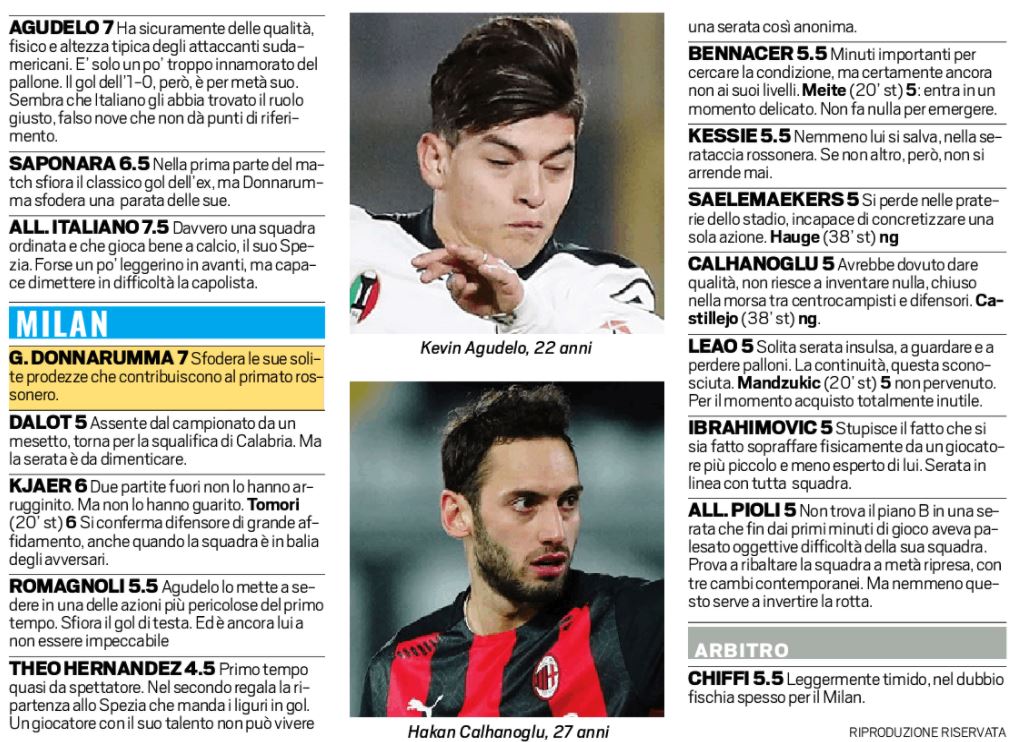