Milan secured an important win away at Bologna yesterday, thanks to goals from Ante Rebic and Franck Kessie. The home side managed to pull one back late in the game but couldn’t get any closer to an equaliser.

It wasn’t the best of displays by Stefano Pioli’s men, but they showed character and worked very hard on the pitch. As Inter beat Benevento later that evening, it was crucial for the Rossoneri to get the win.

Tuttosport (see photo below) took a look at the individual performances and assigned ratings out of ten. Davide Calabria was the best Milan player with 7.5, praised for what was a ‘crazy performance’, active in all phases of the game.

Gigio Donnarumma and Franck Kessie came in second with 7, as the former made several crucial saves and the latter converted a penalty. Fikayo Tomori, who made his debut from start, got a 6.5 along with Ante Rebic.

Alessio Romagnoli, Sandro Tonali, Ismael Bennacer, Alexis Saelemaekers, Rafael Leao and Zlatan Ibrahimovic all passed the test with 6. Mario Mandzukic and Rade Krunic didn’t have much time on the pitch and got 5.5 by the newspaper.

The worst, however, was Theo Hernandez with 5.5. The Frenchman made a big mistake in the build-up to Bologna’s goal and wasn’t at his best overall. 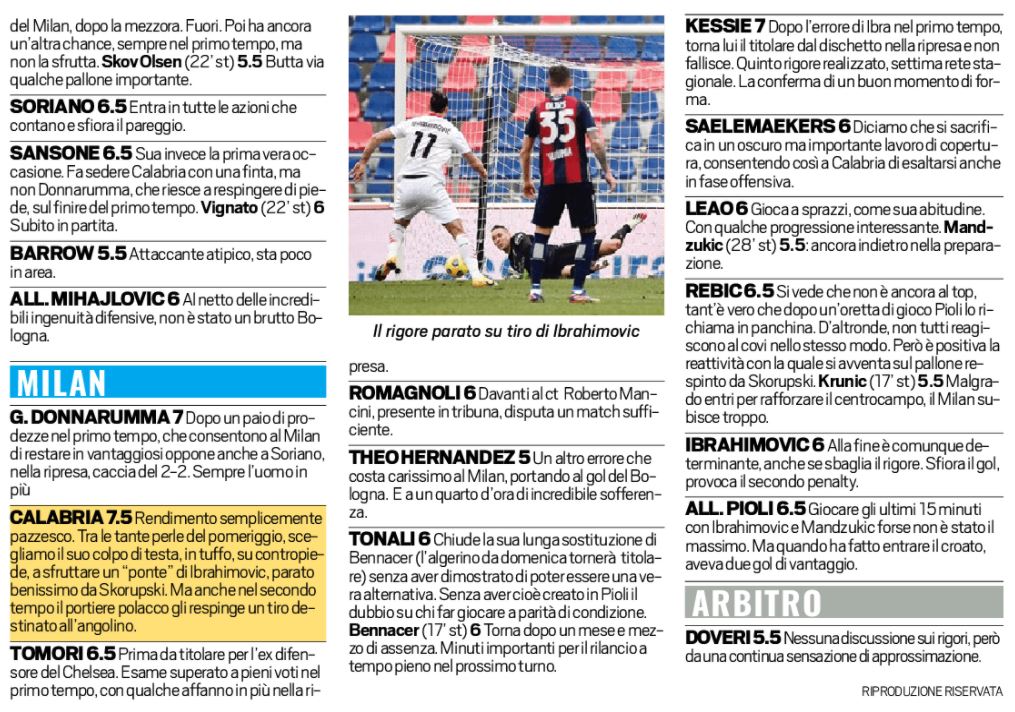