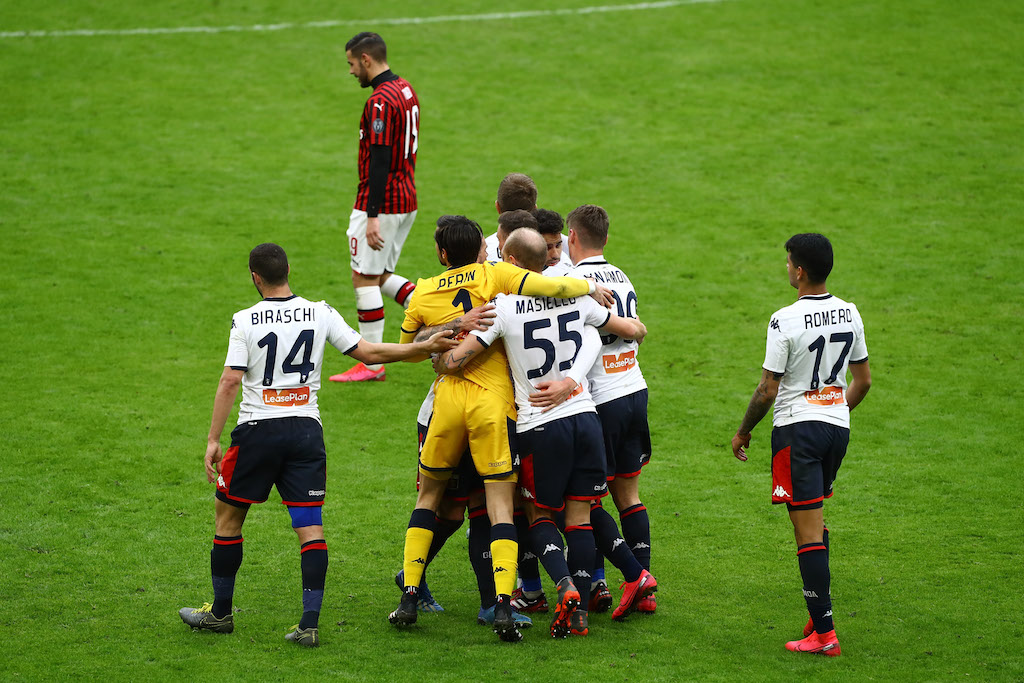 Only two players were saved from criticism by Tuttosport after Sunday’s shock 2-1 defeat to Genoa at San Siro.

Milan’s European hopes were dealt a big blow at San Siro on Sunday afternoon as they were beaten by the relegation-threatened Rossoblu.

Ultimately it would be two first half goals that would be the undoing as Goran Pandev and Francesco Cassata struck, rendering Zlatan Ibrahimovic’s late strike a consolation.

Tuttosport’s ratings are as follows: Zlatan Ibrahimovic and Giacomo Bonaventura were they only ones to achieve a rating of 6/10, with the latter having come on for Hakan Calhanoglu in the second half.

It was a 5.5 for Asmir Begovic, in for the injured Gianluigi Donnarumma, while Alessio Romagnoli and Ismael Bennacer got the same. Hakan Calhanoglu and Rafael Leao each got a 5, while Andrea Conti and Ante Rebic got a 4.5.

The lowest marks (4) were finally given to Theo Hernandez, who had a nightmare defensively, and Franck Kessie for his role in the second Genoa goal.