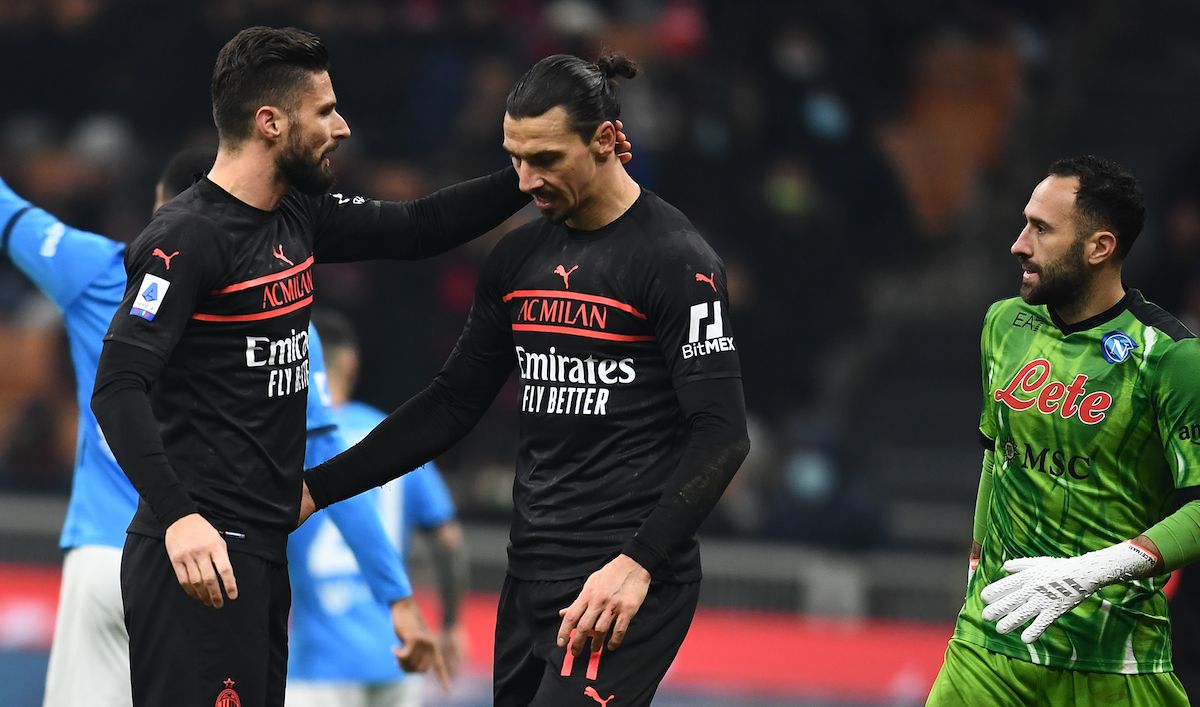 A number of players were criticised by Tuttosport in their player ratings this morning after last night’s dire defeat against Napoli.

Milan could have put some breathing room between themselves and Napoli but instead their title hopes were dealt a blow as they were beaten 1-0 by Napoli at San Siro through an Elif Elmas header inside five minutes.

The paper (via MilanNews) have published their ratings this morning and the highest scores (6.5) were given to Alessandro Florenzi and Fikayo Tomori as they helped keep the defensive department steady. A 6 went to Mike Maignan, Alessio Romagnoli, Fode Ballo-Touré, Sandro Tonali and Alexis Saelemakers who all showed endeavour.

Zlatan Ibrahimovic and Olivier Giroud were only worthy of a 5.5 as neither failed to make much of an effect on the game with the former missing chances, while Rade Krunic and Junior Messias got a 5 for making little impact, but the most disappointing were Brahim Diaz and Franck Kessie, who got a 4.5.