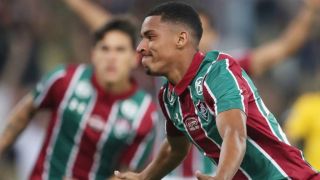 AC Milan are among the clubs who are interested in signing talented Fluminense striker Marcos Paulo, according to a report.

The Rossoneri have been linked with moves for a number of young forwards as they look to increase their attacking depth this summer, with the likes of Gianluca Scamacca, Myron Boadu and Nahuel Bastos mentioned as being targets.

According to Tuttosport however (via MilanNews), Milan are the latest side to take an interest in Marcos Paulo, with the 19-year-old already attracting attention from Lazio, Lille and Lyon.

Milan are ready to make an offer of €13million for the teenager, who has amassed eight goals and six assists for Fluminese’s senior side from 36 appearances, albeit mostly off the bench.

Paulo is actually a Portuguese national and has played four times for their U19 international side, netting once, after he scored three times in three games for the U18 team. He is represented by TFM agency.