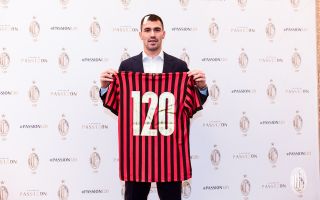 Tuttosport: Milan ready to reward Romagnoli with a pay rise – the situation

Alessio Romagnoli is the leader of Milan’s backline. Despite the rumours in recent weeks, the Rossoneri want to keep their captain for many seasons, ready to lock down the defender with a new deal.

As today’s edition of Tuttosport points out (via MilanNews.it), no other player makes a difference like Romagnoli, who remains one of the few certain elements in the squad. Therefore, the 25-year-old is destined to stay.

The leaders of Milan know that they can’t afford to lose him, especially since Gigio Donnarumma and Zlatan Ibrahimovic are likely to leave. Furthermore, they also know that the only way to keep him is through a renewal.

Two years ago, the Rossoneri handed him the captain’s armband and now they have no issues with rewarding him economically as well, despite the rumoured wage cap. This will further cement his position as the leader of the team, hopefully for many years to come.

READ MORE – Milan loanee Pobega on the future: “It would be a dream to return”