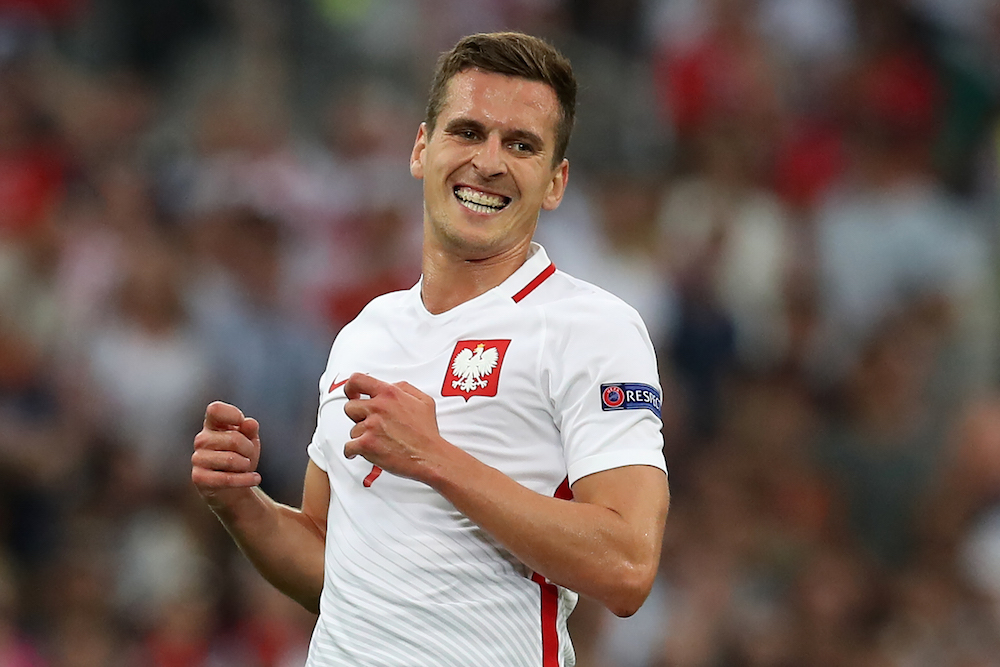 AC Milan are interested in signing Napoli striker Arkadiusz Milik as a replacement for the outgoing Zlatan Ibrahimovic, a report claims.

Tuttosport (via MilanLive) are reporting that the chance to sign Milik has become a tempting possibility for the Rossoneri as they look to reinforce their striking department ahead of next season.

The Poland international is on a contract which expires in 2021 and the paper claims that a renewal is not on the cards. He turned 26 last February so he would not be part of the under-25 project CEO Ivan Gazidis wants, but is still young enough.

In addition to age, Milik fits perfectly within the economic parameters as he earns 2.2 million euros per year. His choice not to renew puts Napoli in a difficult position: they must either sell this summer or risk losing him for free, so Aurelio De Laurentiis will not be able to demand the €35-40million he wants.

Milan are ‘ready to welcome him with open arms’, while Atlético Madrid are also looking at the striker, who has 44 league goals and 10 in the Champions League from 2016 to today.