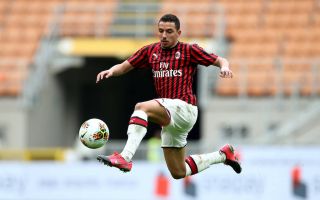 AC Milan have sent a strong message to Paris Saint-Germain amid rumours that they have an interest in Ismael Bennacer, a report claims.

Le10Sport recently claimed that PSG sporting director Leonardo – a man who has held the same position at Milan – wants to raid his former side for Bennacer, with a budget of €30m ready to get the deal done.

Nonetheless, the player gave an interview over the weekend insisting he wants to ‘win everything’ at Milan, and now Tuttosport (via MilanNews) have offered an update.

They report that Milan have no intention of selling Bennacer and have already made it known to PSG, who in recent weeks have repeatedly expressed their interes.

Instead, the paper explains that the Rossoneri want to build their midfield around him next season, with other purchases.