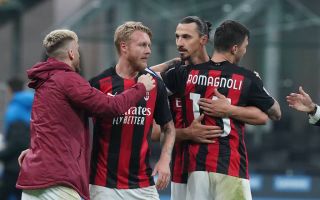 AC Milan are expected to field a starting XI with an incredibly low average age in Sunday’s game against Sampdoria, a report claims.

As Tuttosport reports (via MilanNews), the average age of Milan’s line-ups this season has already been among the lowest in Europe, but without the injured duo of Kjaer and Ibrahimovic it has dropped even further.

The Milan side that will take the field tonight at the Marassi will have an average age of 22 years and 10 months, the paper reports, and in the top five European leagues no club is relying so much on youth.

One of AC Milan’s strengths in recent months has been precisely this: facing new obstacles and managing to overcome them with determination and team spirit.

The latest test is to be able to win for the first time without two of their symbolic leaders out there on the field in the Swedish striker and the Danish defender.