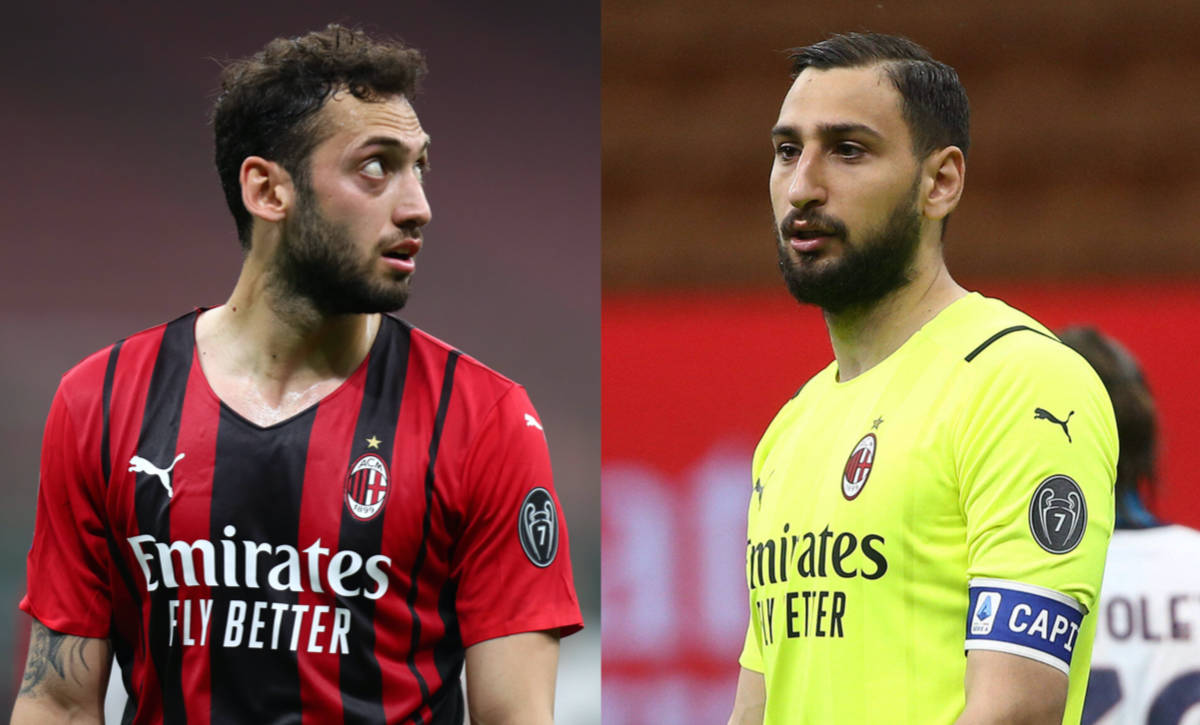 Tuttosport: Milan set to work on key renewals – the latest on Donnarumma and Calhanoglu

With Champions League qualification in the bag, Milan’s management must now turn to renewals and building the squad for next season.

According to Tuttosport (via MilanLive), the Gianluigi Donnarumma case depends on the intentions of Mino Raiola as the Rossoneri are not willing to raise their offer from €8m net per season for a two-year extension while the agent’s request is around €10m per season.

Milan do not intend raise the offer but instead will confirm their stance, even with the Champions League in their pocket. The hope is that Donnarumma himself will push for renewal which of course would be a big step in the right direction in negotiations.

It is a similar situation for Hakan Calhanoglu who is evaluating the €4m net per year deal offered by Milan, even if he and his agent want €5m fixed. The Turkey international will have to decide and a meeting with Qatari club Al-Duhail is expected this week as per the paper.

After those two have had their situations resolve it will be the turn of Franck Kessie and Alessio Romagnoli, who will see their contracts expire in June 2022.