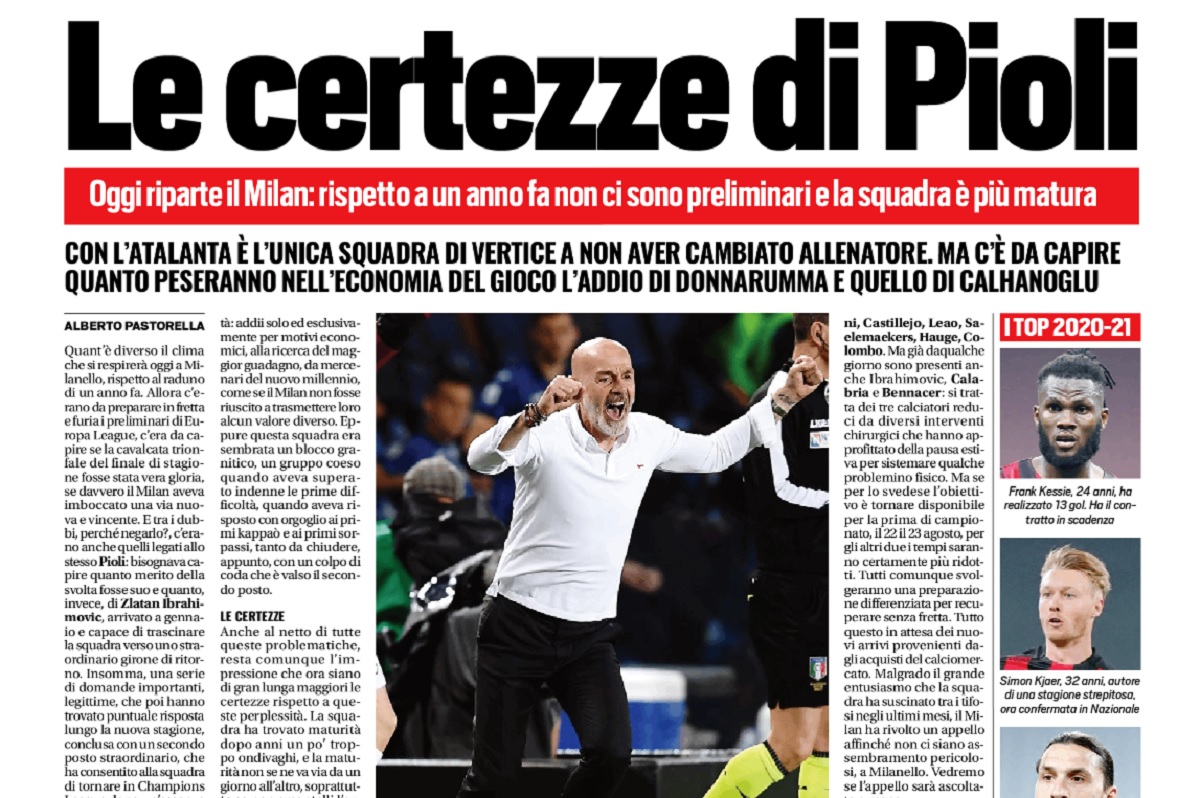 Tuttosport: Milan spared from qualifiers this pre-season – the certainties of Pioli

Milan will kick-off their pre-season today as most of the players will be back at Milanello for the first time since the vacation started. Some are still on vacation, of course, but it’s the start of what hopefully will be a great season.

As highlighted by Tuttosport, as cited by MilanNews, it will be a different feeling at the pre-season this summer. They won’t have to take part in any qualifiers, which forced them to rush the pre-season process last year.

If there were some doubts last summer, the quality of the team has been confirmed with the Champions League return. Now, of course, we’re wondering how much the departure of Hakan Calhanoglu and Gigio Donnarumma will affect the team.

Having said that, the feeling is that the certainties of this team – instilled by Pioli – are far more important than the players on the pitch. The players are more confident and mature, while they will also get to enjoy continuity.

The same can’t be said for the other top team, who have all switched managers ahead of this upcoming season. Milan still lack a few players on a few positions, but there is a very solid base to start from and build something great yet again.