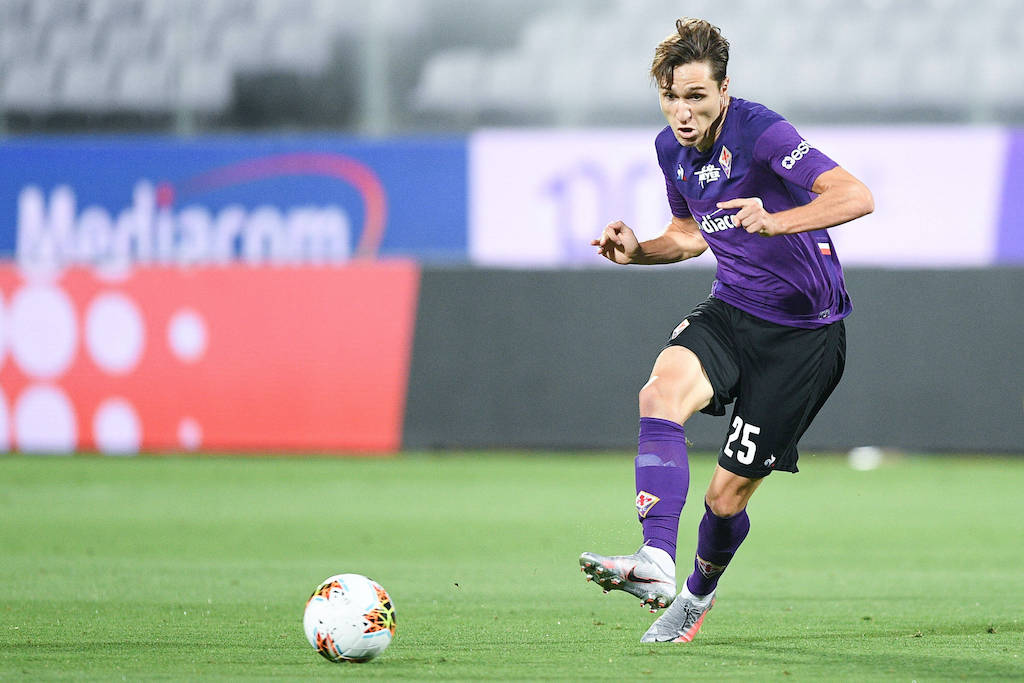 Tuttosport: Milan target Chiesa rejects all other offers as he only has eyes for Juventus

Fiorentina star Federico Chiesa would prefer to join Juventus over AC Milan or any team from abroad, according to a report.

The Rossoneri have had a busy summer so far, with a new deal secured for Zlatan Ibrahimovic and the permanent arrival of Ante Rebic also confirmed, plus the signings of Brahim Diaz, Sandro Tonali and Ciprian Tatarusanu.

However, Chiesa is a name that continues to be linked as a potential dream signing late in the window to fully complete the squad for the season ahead.

Newspaper Tuttosport (via MilanNews) have offered an update on the future of the Italy international, claiming that he has rejected all offers from abroad because he has only Juventus in mind.

The Bianconeri, therefore, are also in pole position in the battle against Milan for the 22-year-old’s signature, and Fabio Paratici is trying to convince Rocco Commisso to accept a formula similar to the one with which Juventus signed Alvaro Morata – a paid loan with option to buy.