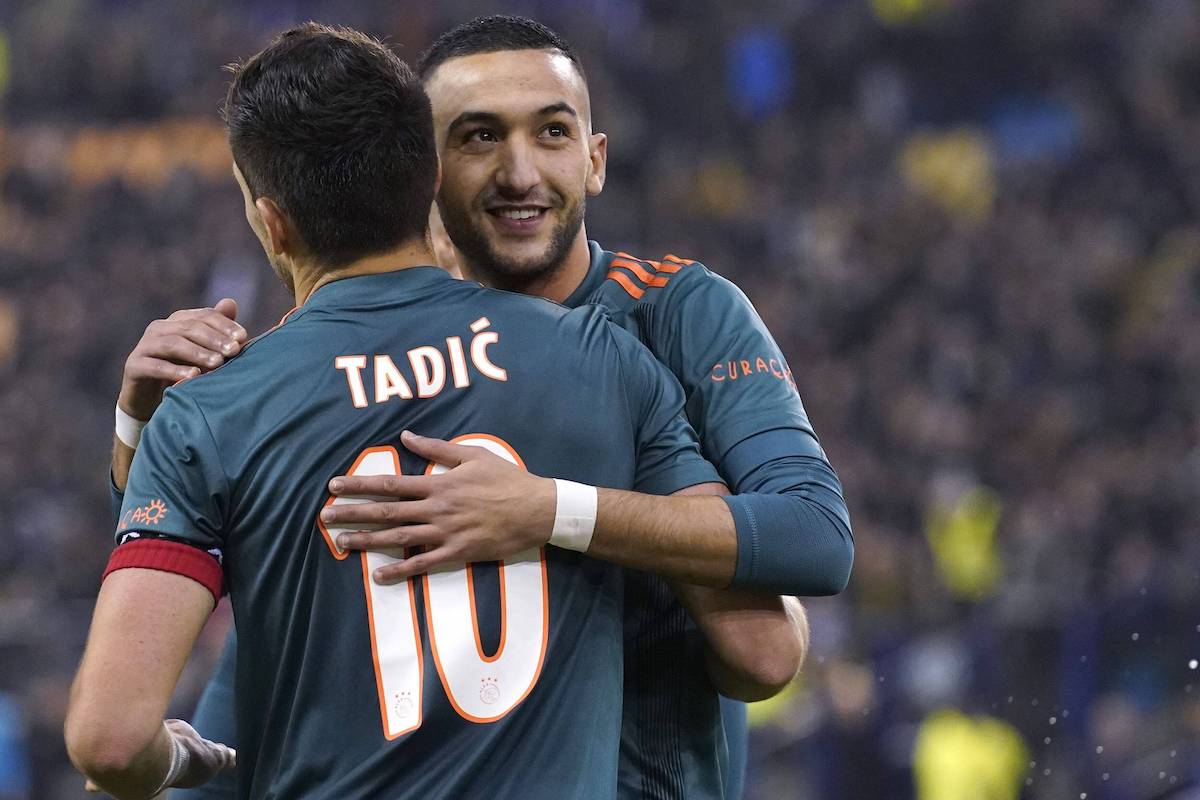 Tuttosport: Milan targets two reinforcements for the attack but Chelsea and Ajax resist

AC Milan are continuing to search for the ideal player to fill the gap left by Hakan Calhanoglu’s departure to Inter, a report claims.

According to Tuttosport (via MilanNews), directors Paolo Maldini and Ricky Massara are working on various profiles that they like, among whom are Dusan Tadic of Ajax and Hakim Ziyech of Chelsea. Both because Ajax and Chelsea do not intend to sell them off at a low price which makes things more difficult.

The Rossoneri will have to overcome the resistance of the Dutch club, who through their sporting director Marc Overmars put up a wall: “Tadic is not for sale. We started something good three years ago and Dusan is too important for us. He is the concrete between the bricks of Ajax.” The market is still long and it is not excluded that Tadic himself may be pushing for a sale given that, at almost 33 years old, this would be the last important move of his career.

Milan have been on Ziyech for months meanwhile, after he did not find much space in the past year at Chelsea despite the fact that just a year ago they paid more than €40m to sign him. The Blues do not intend to let him go but towards the end of the summer market the scenario could change and he could be loaned.