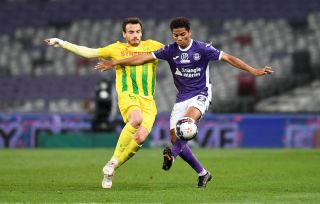 Tuttosport: Milan to accelerate for winger with management all in agreement – €10m offer ready

AC Milan are ready to accelerate their pursuit of Toulouse star Amine Adli and have an offer ready, according to a report.

Tuttosport (via MilanNews) writes how the Milan management are now working to give Stefano Pioli a squad that is competitive in all next season’s competitions, including the Champions League, and one of the areas targeted is the attacking department with Amine Adli of Toulouse a real and concrete target.

An acceleration of the negotiations with the French club seems to have been coming for days, and Milan are in fact ready to put on the table an offer of €10m including bonuses to bring the 21-year-old to Italy.

His name seems to convince everyone from the management to the scouting area, who have already given their green light to this operation. Paolo Maldini and Frederic Massara are working on different profiles but want to intervene to reinforce the right wing and Adli’s profile seems to be what they like best.