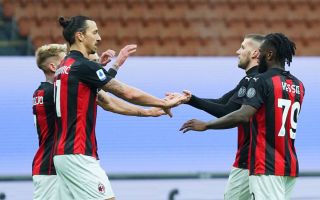 Tuttosport: Milan to welcome back crucial duo after the international break

AC Milan are without two of their key performers at the moment in Franck Kessie and Zlatan Ibrahimovic, but both are reportedly recovering well.

Kessie went down with a muscle problem after returning to training earlier this month following his spell at the Olympics in Tokyo with the Ivory Coast, while Ibrahimovic underwent knee surgery after landing awkwardly in the 3-0 win over Juventus at the end of last season.

According to what is being reported by Tuttosport (via MilanNews), the recoveries of the Swedish and the Ivorian are proceeding well but at different rates. Ibrahimovic will begin to work with a ball soon while Kessie will continue to improve his condition on a daily basis.

Both players should be available after the international break in order to avoid any possibility of being called up by their respective national teams, and thus to ensure they can recover in peace.