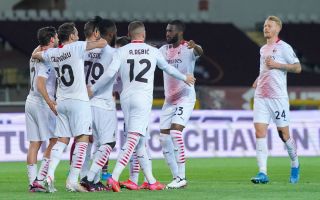 Tuttosport: Milan united and compact ahead of Atalanta game – why they will wear white kit

AC Milan must demonstrate all of their quality on Sunday night against Atalanta in order to reach a top four spot, but also their unity.

This morning’s edition of Tuttosport (via MilanNews) writes how Milan wanted to compact the group even more and to do so they organised a barbecue yesterday after training at Milanello, in which not only the players participated, but also the technical staff and management.

Everything was done to create further cohesion in view of the match against Atalanta on Sunday evening, one of the most important matches in recent years for the club. It has been decided that the team will take the field in Bergamo with the white away kit on; the one used for the great matches and for the international finals.

Sunday’s match is truly a final for the Rossoneri who, with a win, would have the certainty of participating in the next Champions League. Getting in the top four would be huge both on a sporting and on an economic level.