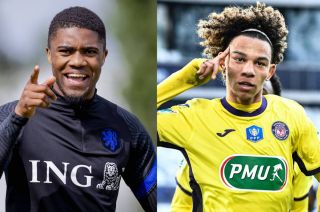 AC Milan are not done after the probable arrival of Olivier Giroud as they are also monitoring three young strikers, a report claims.

According to this morning’s edition of Tuttosport (via MilanNews), negotiations with Olivier Giroud are continuing and the Frenchman is the first choice for the attack, but he might not be the only addition in the striker department.

That is because Paolo Maldini, Ricky Massara and the scouting department will continue to observe young profiles as well who could also arrive to flesh out the department and become a potential long-term option. In the Rossoneri’s notebook are Myron Boadu from PSV, Janis Antiste from Toulouse and Odsonne Edouard from Celtic.

Boadu has scored 29 league goals for AZ across the last two league seasons (55 games) and is 20 years of age, Antiste is just 18 and scored 6 Ligue 2 goals last season while Edouard has 40 goals for Celtic over the last two SPL seasons (58 games).