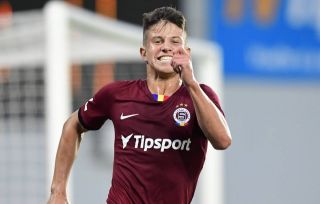 AC Milan want to beat the competition of several top European clubs and seal the signing of Sparta Praha star Adam Hlozek, according to a report.

Hlozek is one of the most interesting profiles from the Czech Republic as the 18-year-old continues to show his talent both with Sparta and with the U21 national team.

According to today’s edition of Tuttosport (via SpazioMilan), Milan have put him in their sights and would like to burn the competition in order to land him. However, several European clubs have already set their sights on the young striker such as RB Leipzig and Borussia Dortmund, while in England there is West Ham interested, plus Juventus and Napoli in England.

He has an instinct for goal scoring but also a lot of technique and speed, which has not gone unnoticed clearly given how many clubs are now in pursuit of the teenager, for whom no price tag is mentioned.