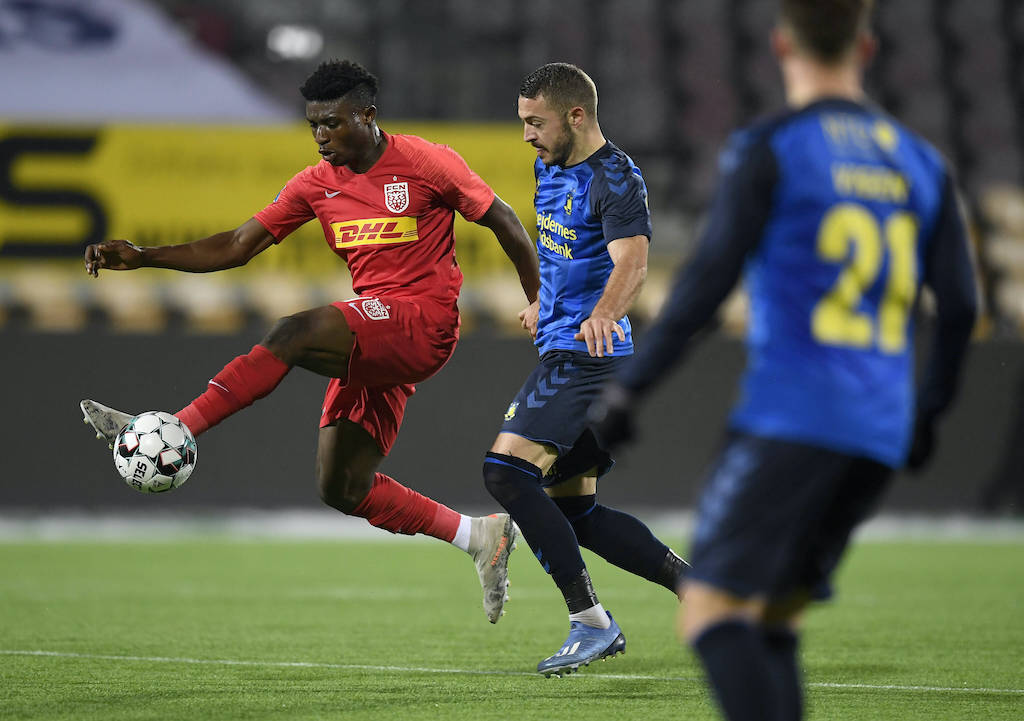 AC Milan want to follow up the signing of Pierre Kalulu by poaching a young FC Nordsjelland striker, a report claims.

Multiple outlets are reporting that Milan have secured their first new recruit of the summer with Kalulu set to leave Lyon and sign his first professional contract with the Rossoneri.

According to the paper edition of Tuttosport on Sunday (via Calciomercato.com), Milan are also following Mohammed Kudus – a Ghanaian striker who plays for Nordsjelland.

The 19-year-old is on a contract which is due to expire on 30 June 2021, and he has scored nine times this season in 21 league games, while he is also capable of playing in midfield.

Premier League duo Newcastle and Everton have been linked with a move for Kudus, but Calciomercato recently reported that the player is holding out for a dream move to European Champions Liverpool, who look set to miss out on Timo Werner.

Kudus has played once for Ghana, scoring in his only appearance for the senior national team.