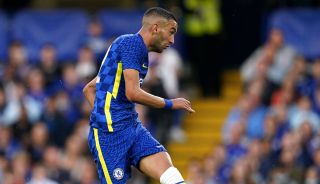 Tuttosport: Milan’s pursuit of €44m Chelsea man difficult due to disagreements over formula

AC Milan are still interested in signing Hakim Ziyech from Chelsea but the Premier League side must make a concession, according to a report.

Milan are looking for a quality playmaker and there have been several reports that have linked the Rossoneri with a move for Ziyech as a replacement for Hakan Çalhanoğlu, who moved to Inter on a free transfer.

According to the latest reports from Tuttosport (via PianetaMilan), it is difficult for Ziyech to end up at Milan under the conditions with which the Diavolo would like to sign him, which is a loan with option to buy formula.

It seems that at the moment Chelsea are only willing to listen to offers for a permanent sale and not any kind of temporary exit that guarantees them no income at the end of it.

Back in February of last year, it was announced that Ajax and Chelsea had reached an agreement for the transfer of Ziyech for a fee of €40m, potentially increasing to a maximum of €44m when including bonuses (via Wikipedia).