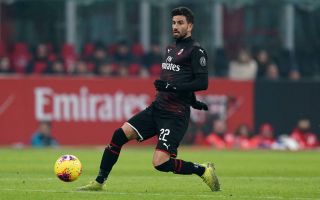 Tuttosport: Musacchio returns to group training after long absence – the latest on his future

AC Milan defender Mateo Musacchio returned to training with the rest of his team-mates on Thursday, but his future is destined to be away from the club.

That is according to Tuttosport (via MilanNews), Musacchio hadn’t worked with his colleagues at Milanello since 7 March as he has been out undergoing recovery from an ankle injury.

The club chose to put him through conservative therapy in the months of March and April but in June it was decided that an operation was needed, and after four months of recovery he returned to training with his team-mates yesterday.

However, there is another sub-plot to the whole situation as the expiration date of his contract is approaching. The Argentine’s deal runs out on 30 June 2021 – the same as Donnarumma and Calhanoglu – but unlike the goalkeeper and the attacking midfielder, there are no signals from the club that an extension is being considered.

The paper adds therefore that the future of the former Villarreal man should be away from Milan despite the fact that the player himself would like to stay. His performances over the coming months could make Milan rethink, but for now that is the situation.

📸 @MateoMusacchio5 returns to training with the group for the first time in several months. pic.twitter.com/6urKBJ8dya