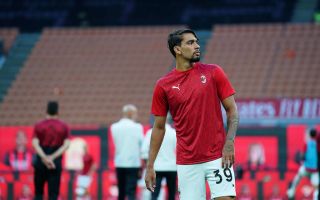 Tuttosport: Paqueta’s Milan future hanging in the balance with swap deal not excluded

The future of AC Milan midfielder Lucas Paqueta remains in the balance, a report claims, with a distinct possibility that he could leave.

Among the most obvious problems this season for Paqueta has been the fact he has not had a sustained run of games in any position. Under Marco Giampaolo he was used as a box-to-box player, while under Pioli he has been used both out wide and occasionally in his preferred position as a No.10.

MilanNews noted on Sunday that after an investment of €38.4million back in January 2019, Paqueta’s Milanese adventure could be nearing its conclusion as the club are willing to sell for an offer of €25million.

The player himself published a cryptic message on Instagram reflecting on his future, and as Tuttosport reports on Monday (via MilanNews) Paqueta’s future remains in the balance.

His departure is absolutely not excluded, and the paper adds that the Brazilian could perhaps be used as a counterpart in an exchange deal to land another target.