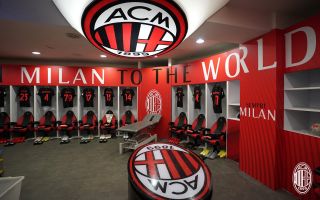 Stefano Pioli is already thinking ahead to Tuesday night’s game against Porto in Portugal and has his starting line-up in mind, a report claims.

This morning’s edition of Tuttosport (via MilanNews) writes that Pioli will have to do without several players, which now seems to be an almost obligatory thing for the Rossoneri given how bad their injury record has been.

The paper claims that Ciprian Tatarusanu will be the man between the posts while Pierre Kalulu will be the right-back and Davide Calabria will shift over to left-back. Fikayo Tomori will keep his spot but Alessio Romagnoli moves out for Simon Kjaer.

Without the suspended Franck Kessie, the double pivot will be Sandro Tonali and Ismael Bennacer, while in attack on the right side it will be Alexis Saelemaekers and Rafael Leao on the left, with Rade Krunic the central attacking midfielder behind Olivier Giroud.