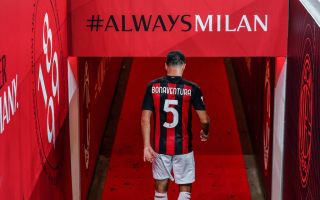 Giacomo Bonaventura’s AC Milan career may not be over just yet as Stefano Pioli and Paolo Maldini could push for a new deal, a report claims.

Based on Saturday’s reactions after the game, it appeared as though Bonaventura will say goodbye to the Rossoneri after six seasons, with 183 official appearances and 35 goals.

However, Tuttosport (via MilanNews) believe there might still be a glimmer of hope for Jack. He is considered an important player both by technical director Paolo Maldni, and by head coach Stefano Pioli.

The duo believe that the former Atalanta star could still be useful for next season, and the outlet also claims that the player would be very happy to stay, so much so that he would even be ready to reduce his current salary to €2million net per season.