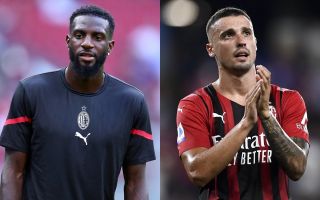 Tuttosport: Pioli expects to have midfield duo back after the break – the situation

AC Milan have been struggling with quite a few injuries at the start of this season but they remain unbeaten. After the first five games, they have 13 points and soon the injured players will be back in action.

It hasn’t been easy for Stefano Pioli and his men, forced to play a lot with the same player in spite of a tight schedule. As reported by Tuttosport (via MilanNews), the manager could welcome back two midfielders very soon.

Tiemoue Bakayoko and Rade Krunic, who got injured at roughly the same time, should be back at Pioli’s disposal after the international break. The latter is just over a week away and we can perhaps expect to see Zlatan Ibrahimovic back then as well.

In the meantime, though, Pioli will have to settle with Ismael Bennacer, Franck Kessie and Sandro Tonali. Not a bad trio, that’s for sure, but it will get tough if there are more injuries in this department, at which point Davide Calabria would be ready.