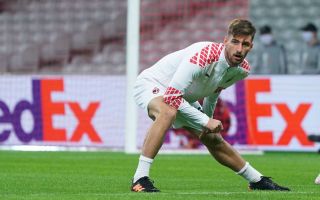 Tuttosport: Pioli has at least four changes in mind ahead of Celtic’s visit – the details

AC Milan boss Stefano Pioli is set to make at least four changes to his starting XI for the visit of Celtic to San Siro on Thursday night, a report claims.

Milan were unable to steal top spot in the group back from Lille in the last round of action as they surrendered a lead to draw 1-1 with Lille in the Europa League.

With Sparta Praha’s resounding win over Celtic it means Milan are currently just a point clear of the Czech side – who are third in the group – ahead of Celtic’s visit.

Despite the precarious position, Milan know that a win against the Scottish side would be enough to see them through if Lille were to beat Sparta, and Pioli has changes to his starting XI in mind according to Tuttosport (via MilanNews).

Diogo Dalot should come back into the line-up along with Matteo Gabbia in defence, Rade Krunic in midfield and Jens Petter Hauge on the left wing.