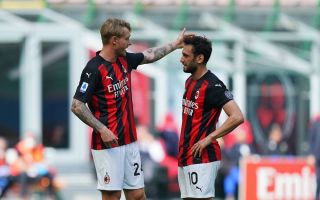 There are some English clubs reportedly interested in signing Hakan Calhanoglu on a free transfer, while details on Juventus’ interest has emerged.

With less than 100 days until the expiry of Calhanoglu’s contract and seemingly no resolution in sight, large sections of the Milan fan base are beginning to get irritated as yet another renewal soap opera has been allowed to drag on, while the media are beginning to feed the hysteria with stories about tension and other clubs entering the race.

The newspaper Tuttosport (via MilanNews) talks about the future of Calhanoglu, who is discussing a renewal with Milan. The paper confirms that – as Sky reported last night – teams from the Premier League have once again put their head over the parapet to monitor the situation.

As for the reports regarding the interest of Juventus, the Bianconeri do not seem to be willing to offer a contract in line with the requests of the Turkish playmaker.