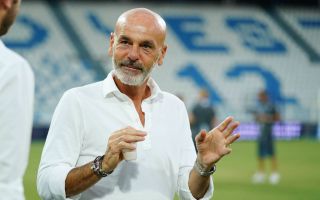 Tuttosport: Probable Milan XI to face Sassuolo – Only one change considered from Bologna

AC Milan boss Stefano Pioli is apparently considering keeping the same starting XI for Tuesday’s trip to face Sassuolo from the one that beat Bologna 5-1.

The Rossoneri will make the trip to Emilia Romagna on Tuesday night looking to continue their excellent recent form, having won six out of eight since the resumption of Serie A including a thumping victory over Bologna on Saturday night.

However, Sassuolo are also in good form and have made a surge towards the Europa League spots having won four of their last six, meaning a tough trip is on the cards.

According to Tuttosport (via MilanNews), Stefano Pioli is thinking of confirming the same eleven who took the field from the first minute against Bologna.

The only news could be in defence with Andrea Conti to perhaps start instead of Davide Calabria.