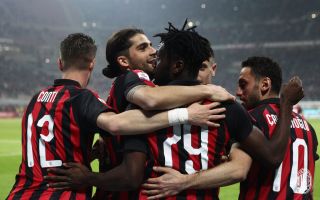 Tuttosport: Rangnick has already identified two current Milan players who would be sold

Ralf Rangnick has already identified two players who are not good enough for AC Milan and that he would sell, a report claims.

It is still seemingly up in the air at present with regards to whether the Rangnick will arrive, but newspaper Tuttosport have stuck to their guns in their belief that the German will take up a role as head coach and sporting director once the season is over.

In fact, the newspaper are even reporting (via Calciomercato.com) that Rangnick has already made certain assessments on the current Rossoneri squad ahead of his potential arrive.

In the event of signing the contract, the current Red Bull Head of Football would look to sell both midfielder Franck Kessie and full-back Andrea Conti, two players who have established themselves as starters under Stefano Pioli but have struggled for consistency.

Tuttosport adds that if the aforementioned duo were to be sold in the upcoming window, only Hakan Calhanoglu would remain from the Mirabelli-Fassone era of management under the Chinese ownership.