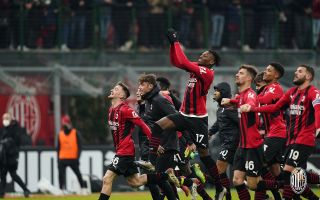 AC Milan found things difficult against Genoa in their Coppa Italia round of 16 tie and needed extra-time to beat them, which produced a mixed bag of player ratings from Tuttosport.

The paper (via MilanNews) predictably gave the highest mark in this morning’s edition to Rafael Leao who was worthy of a score of 7.5 out of 10 as he entered the field in the second half and was decisive in getting the win, given he provided some explosive dynamism on the left and scored the second goal.

Theo Hernandez got a 7 as he was the author of the assists for the goals scored by Olivier Giroud and Alexis Saelemaekers. Pierre Kalulu, Alessandro Florenzi and Sandro Tonali each got half a mark less (6.5), while Mike Maignan, Matteo Gabbia, Fikayo Tomori, Tiemoue Bakayoko and Olivier Giroud got a 6.

Now we come onto the disappointments, and a 5.5 went to Brahim Diaz off the bench, plus a 5 for Rade Krunic, Daniel Maldini and Ante Rebic. The worst on the pitch though according to Tuttosport was Junior Messias, who got 4.5 for an ‘anonymous performance’.