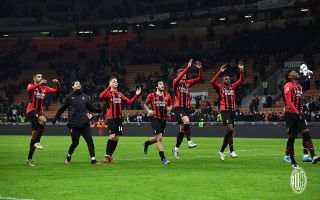 A number of AC Milan players were worthy of praise after they pulled off an excellent win against Roma, according to Tuttosport’s player ratings.

The pre-match build-up was dominated by the Covid cases that Milan accrued including Romagnoli, Tomori and Calabria, but the team responded well to the adversity as Giroud, Messias and Leao all netted to record a league double over Roma.

According to Tuttosport (via MilanNews), the best players for the Rossoneri against the Giallorossi were Mike Maignan, Sandro Tonali and substitute Rafael Leao, who all got a 7.5 for their respective impacts.

The French goalkeeper made some decisive stops, the former Brescia man dominated in the middle of the field and the Portuguese netted the decisive goal before winning a penalty that Ibrahimovic missed.

There was also big praise for Alessandro Florenzi and Brahim Diaz who deserved a 7, while a 6.5 was given to captain Theo Hernandez plus forwards Junior Messias and Olivier Giroud. Finally, a 6 went to Pierre Kalulu, Matteo Gabbia, Tiemoue Bakayoko, Alexis Saelemaekers and Zlatan Ibrahimovic.

READ MORE: Tonali passes latest test and reaffirms himself as the midfield leader – a pay rise is coming