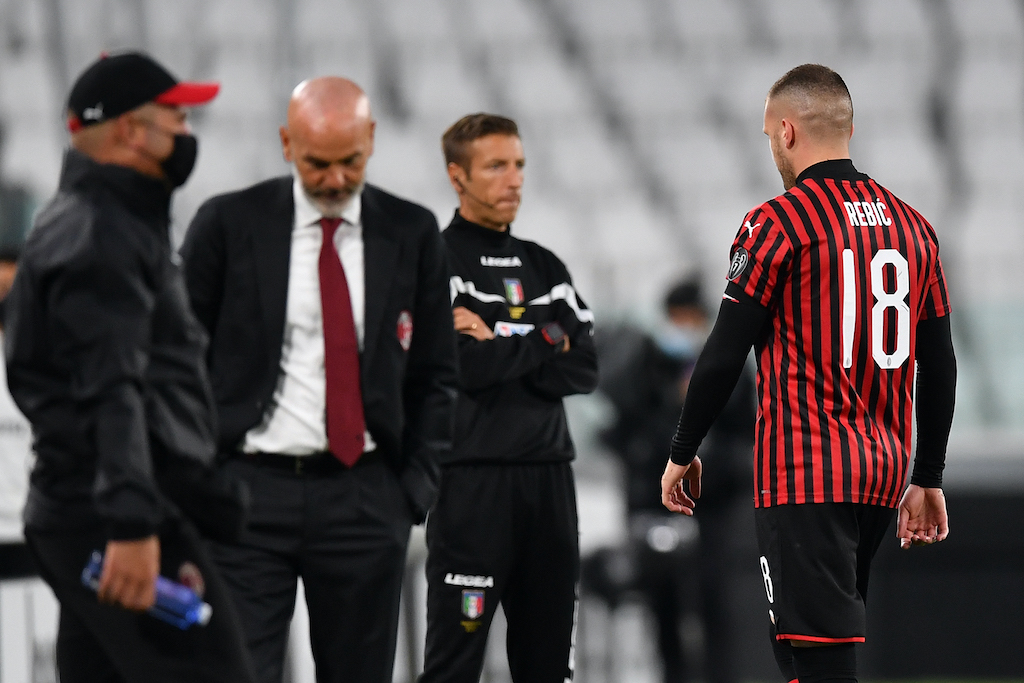 Tuttosport: Rebic apologises for red card vs. Juventus after Pioli rage – the details

AC Milan forward Ante Rebic apologised to his team-mates after his moment of madness in Friday night’s cup exit against Juventus, a report claims.

The Croatia international saw red for a kung-fu kick on Danilo just seconds after Gianluigi Donnarumma had saved a penalty from Cristiano Ronaldo.

According to Tuttosport on Sunday (via MilanLive), the Eintracht Frankfurt loanee was ‘mortified’ by his lapse in judgement and apologised to his team-mates and head coach Stefano Pioli after the game.

The paper claims there was first a confrontation between the player and the coach – who did not hide his displeasure at all with what happened – and then with the rest of the squad. An admission of guilt accepted by all, with the player looking very sorry about what happened.

Rebic will now have an opportunity to redeem himself as he will start up front in a 4-2-3-1 against Lecce on June 22, with Rafael Leao still failing to convince.