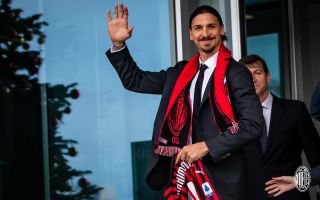 AC Milan have reportedly drawn up a back-up plan if, for any reason, Zlatan Ibrahimovic decides not to renew his contract with the club.

According to Tuttosport (via MilanNews), Milan’s transfer strategies will depend on his extension, especially with regards the attacking department.

Milan have been working for several days to define a one-year extension with Mino Raiola and the feelings are positive, as there is optimism to close quickly on both sides and a signature could arrive in the coming days.

With the confirmation of the Swede, Milan will not look for another centre-forward and during the season will use two players already in the squad – namely Rebic and Leao – as possible alternatives to Zlatan.

Priorities would then change to the right wing, with Federico Chiesa of Fiorentina a player that Milan have concrete interest in, while in the last few hours Jesse Lingard of Manchester United has been offered to the Rossoneri.

The second scenario – the non-renewal of Ibra – is a very remote hypothesis at the moment but still must be assessed. If it were the case, Milan would move for two strikers: either an experienced striker like Mandzukic and a younger deputy, or an experienced centre-forward and a winger who can also play up front.

However, at Casa Milan the management do not want to consider this second scenario, because keeping Ibra is simply that important.