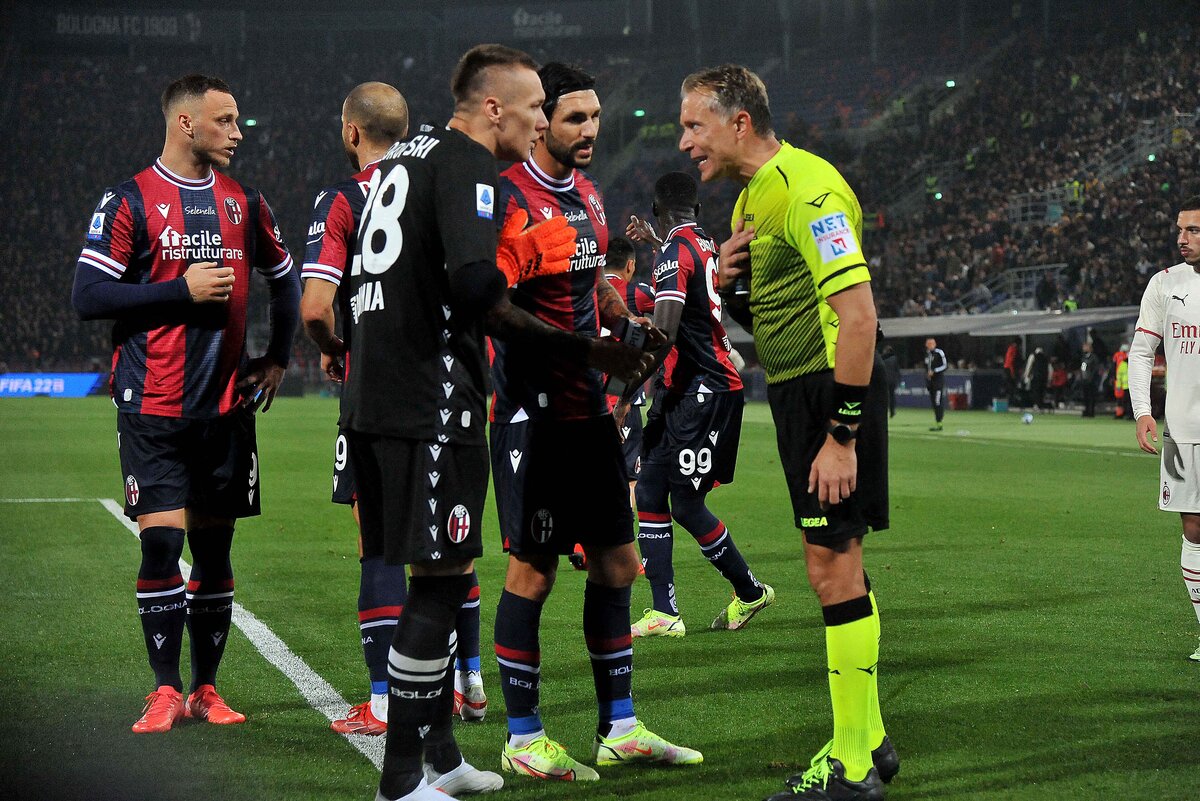 Tuttosport: Referee Valeri did everything right in Bologna-Milan as red cards are clear

As highlighted by today’s edition of Tuttosport (via MilanNews), rather, referee Paolo Valeri was spot on as he got everything right. Bologna had many complaints about the two red cards but analysing the images, the referee couldn’t have done anything else.

Rade Krunic was clearly brought down by the defender, stopping a clear-cut chance, and the challenge on Fode Ballo-Toure was very nasty. It could have been a leg-breaker but fortunately, the Senegalese international was able to continue.

Unlike many previous games, therefore, Milan weren’t hard done by the referee and were able to enjoy a game with good officiating, for once. On Tuesday, they will take on Torino and they will be eager to grab another three points.

READ MORE: Kessie returns to training with his Milan teammates – the latest