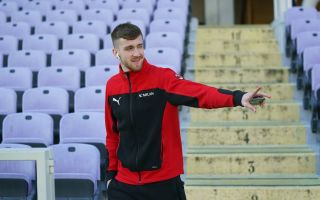 Tuttosport: Saelemaekers could change positions ahead of the 2020-21 season – the details

Alexis Saelemaekers could be in line for a change in position ahead of next season, according to a report.

Having arrived in January 2020 on loan with an option to buy, Saelemaekers managed to surprised everyone, favoured by the injury of Samu Castillejo. This game him playing time and it was enough to secure his stay at Milan, who exercised their option to buy him permanently from Anderlecht.

The 21-year-old quickly gained the trust of Pioli, fully adapting himself to the manager’s system. The No.56 became a regular in the first team and has now firmly overtaken Castillejo in the current hierarchies, it seems.

However, according to Tuttosport (via MilanNews), we could see Saelemaekers and Davide Calabria competing for the role of right-back, there where the Belgian began his career at Anderlecht, only to become an option both as a full-back and a winger. Already from next season, therefore, Alexis could move back and enter into competition with Calabria. What this means for Pierre Kalulu remains to be seen.