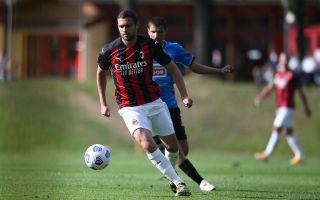 Tuttosport: Several players under the microscope ahead of Milan’s friendly against Monza

AC Milan’s defensive department will be given another examination on Saturday night in the friendly against Monza at San Siro.

The Rossoneri found themselves 2-0 down inside 15 minutes against Novara in Wednesday’s preseason opener at Milanello, and Saturday’s edition of Tuttosport (via MilanNews) notes how the defence will once again be under scrutiny.

Given the numerous absences from the Milan squad due to injuries and international duties, the back four is expected to stay the same. Leo Duarte will therefore be watched like a hawk after being at the center of criticism following the anything but positive evidence offered against Novara. Bellodi should partner him.

For the rest, there will not be many players from the usual starting XI available, but Ibrahimovic, Theo Hernandez and the midfield duo Bennacer-Kessié should star.

Calabria and Paquetà are also tipped to start, with the next two friendlies crucial to determine if the duo will be in the team that will start in the Europa League preliminaries.